The Sun in the Net – The Man with Hare Ears 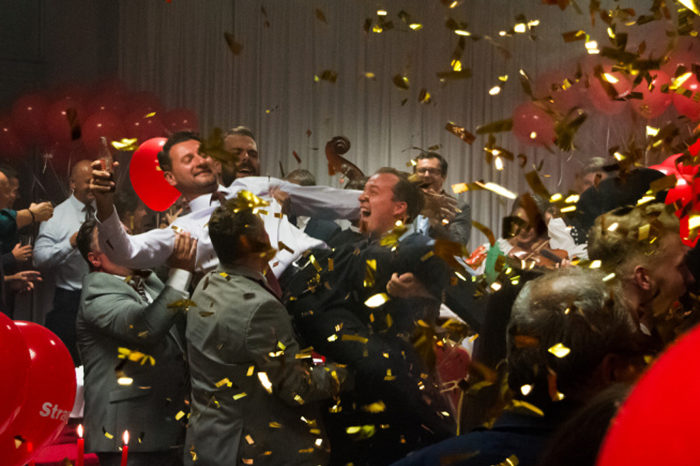 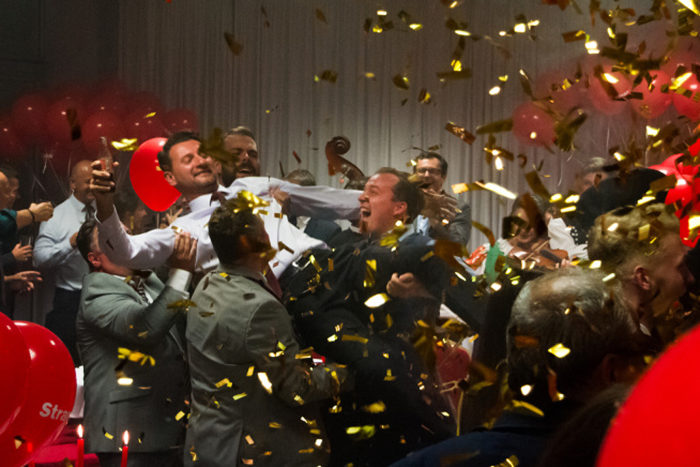 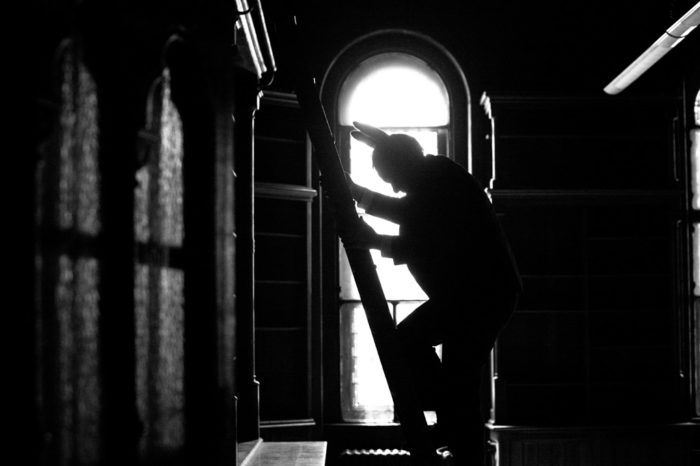 The Sun in a Net Awards – 12 nominations 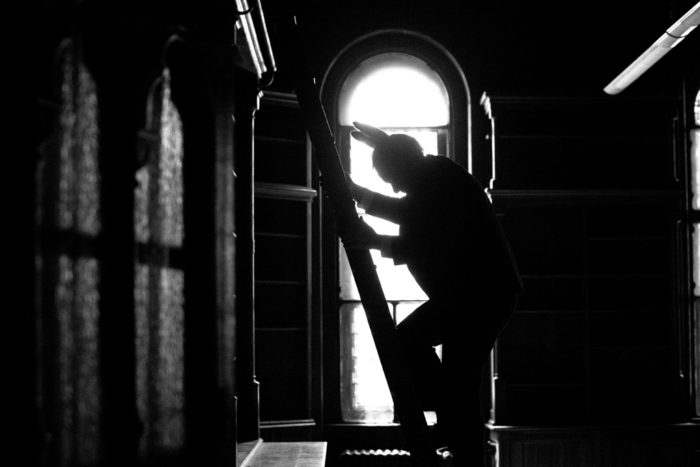 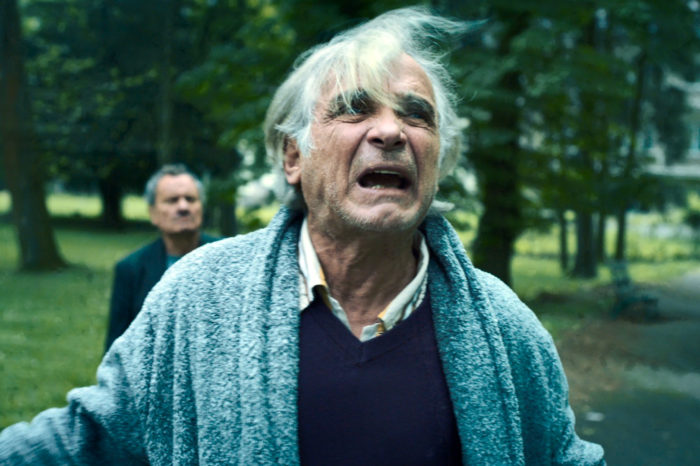 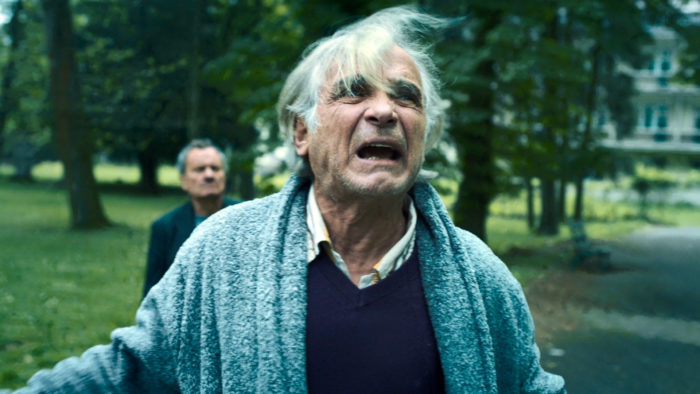 The Man with Hare Ears was awarded with 1 Czech lion for Oldřich Kaiser: Best Actor in a supporting role 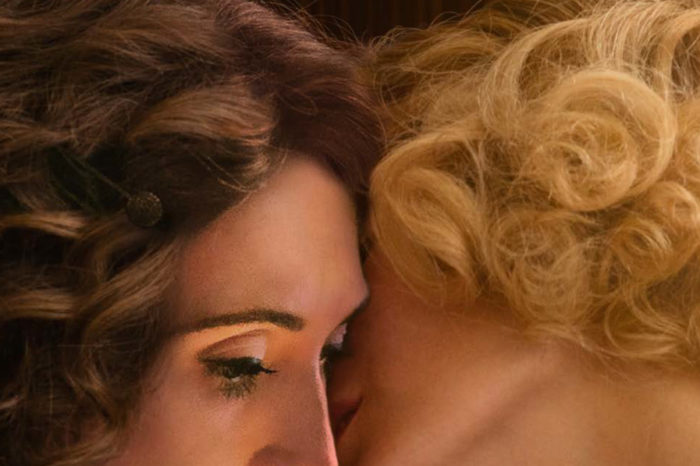 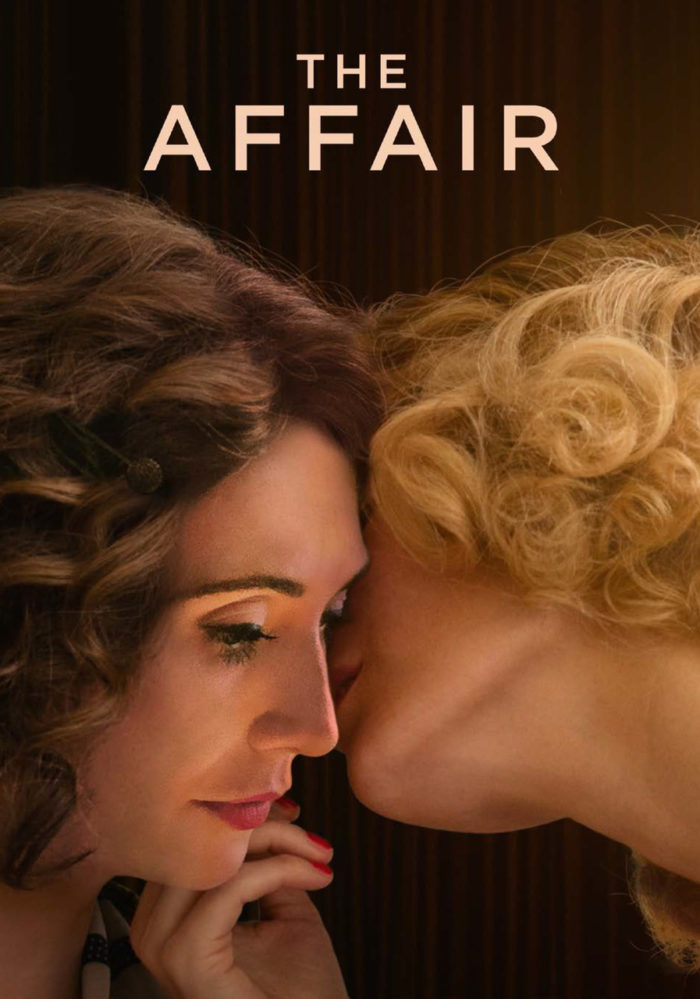 The Affair will be premiered in US during March 2021. This year we expect its premiere in UK too.

Adapted from British author Simon Mawer’s, Man Booker prize winning bestseller, inspired by the dramatic events of the 20th century Europe from early 1930s through the storm clouds of World War II, until Russian occupation of the Czechoslovakia in 1968, The Glass Room is an intricate portrayal of a true love story against the backdrop of history. Early 1930s in Czechoslovakia – The Landauers, a recently married couple, commission German architect Rainer von Abt to build a unique house for them – a minimalist masterpiece made of steel and concrete. At first, Viktor and Liesel are filled with optimism and happiness. But as life intervenes, their new home also brings out their most passionate desires and darkest secrets. While Viktor searches for a warmer, less challenging comfort in the arms of another woman, Liesel turns to her wild, mischievous friend Hana for excitement, the marriage begins to show signs of strain. The radiant honesty and idealism of 1930s quickly evaporate beneath the storm clouds of World War II. As Nazi troops enter the country, the family must leave their old life behind and attempt to escape to America before Viktor’s Jewish roots draw Nazi attention, and before the family itself dissolves. However, after the war Liesel decides to get back to Czechoslovakia and look for her friend, Hana. This brilliant film with the star-studded cast will surely find its way to the audiences worldwide. 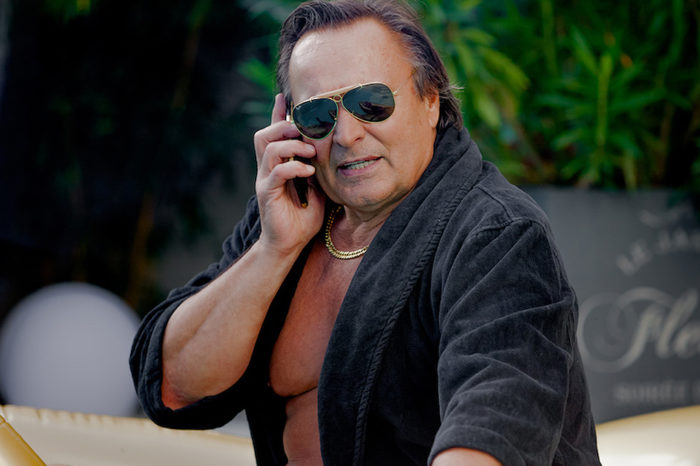 Thriller inspired by life. And death. 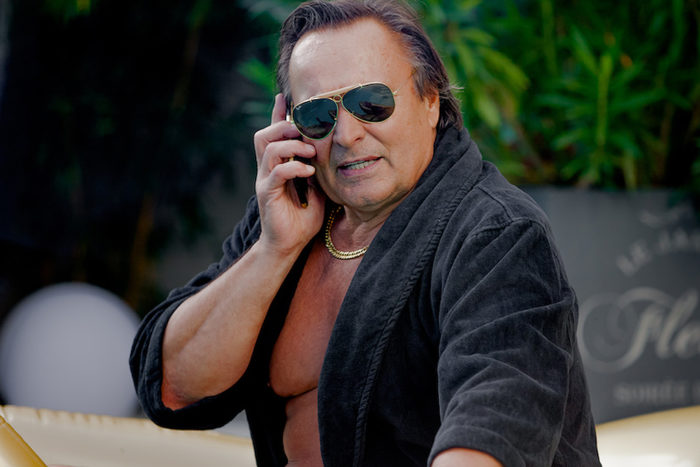 Thriller inspired by life. And death.

An eye-opening story of a small, picturesque country controlled by high-ranking criminals, whose tentacles span all the way to the politicians, the judiciary, the police and the mafia.

A teenager Broňa (Dana Droppová), a supposed drug addict treated in a national resocialization centre, disappears under peculiar circumstances. Nobody misses her. Her roomate, Naďa (Petra Dubayová) tries to alarm the police, explaining how they were both forced into drug taking and sex with politicians but is turned away. She finds a journalist Ondro (Andrej Remeník), who starts to unravel a long-standing unthinkable web of crime, blackmailing and extortion in connection to the prime minister Bobo (Marko Igonda), his political party and a black marketeer, Lolo Wagner (Jozef Vajda) who acquires power through manipulation and for whom blackmailing is just another kind of business. An evil force which openly destroys the nation. But can the truth prevail amongst those who only heed for money and power? Does God turn a blind eye to murder and greed?

Mariana Čengel Solčanská and Rudolf Biermann have worked together on this film as screenwriters, directors and producers. How did it happen? “I wanted to make a film with Mr. Biermann based on a different script that I was writing. But he came up with the topic of abuse of power by representatives of the financial and political elite of the state, so I offered him to have a read of Arpád’s novel “Scumbag”, which I was reading at the time. A week later already, we met up with the author and we felt great trust for each other,” says Mariana Čengel Solčanská.

Why did they choose this topic?

Mariana Čengel Solčanská: “I followed my inner need to replace evil with good. Art may not have the power to change the world, but we still have the freedom to laugh at peoples’ folly.”

Rudolf Biermann: “Scumbag is a film whose aim is not to judge or unveil some classified facts, but to bring a good movie experience to its viewers. We have gripped an action film with great acting performances, excellent and rude dialogues inspired by real life: all this on the big screen will draw you in – and I strongly believe – will give you goose bumps and leave you speechless.” 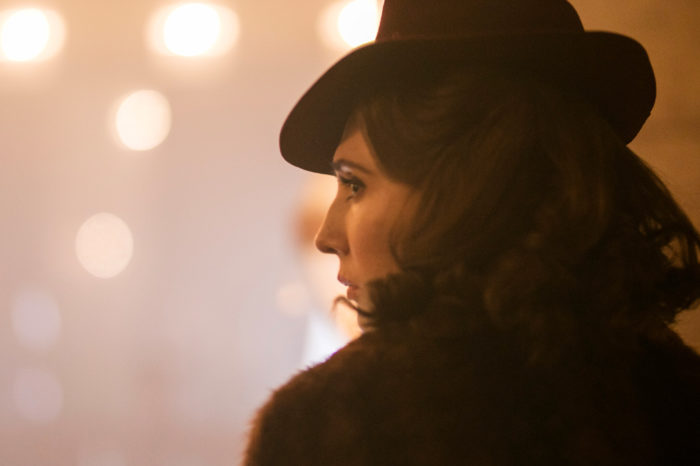 A new film by Julius Sevcik is entering the cinemas 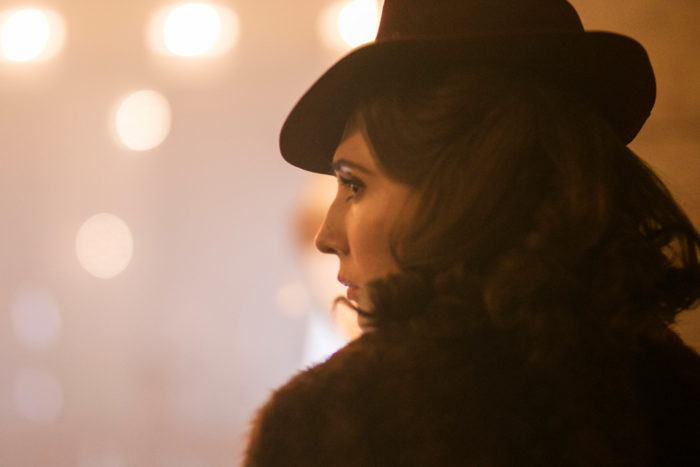 The Glass Room, a new film by director Julius Sevcik, is entering the cinemas

Adapted from British author Simon Mawer’s acclaimed novel inspired by the dramatic events of the 20thcentury and the birth of an iconic architectural gem, the Tugendhat Villa in Brno, the film tells a story of love, friendship and life-shaping decisions.This extensive project has taken almost ten years from the initial idea to completion.

“The Glass Room is adapted from a novel by Simon Mawer that maps the 20th century history of Czechoslovakia while telling three love stories featuring characters who lived in the Tugendhat villa over the course of the decades. We tried to keep both these dimensions in the film,”says director Julius Ševčík. “We drew inspiration from classic movies like The English Patient and from conceptual love stories like In the Mood for Love. The Glass Room is an intricate portrayal of a love story against the backdrop of history,” the director adds.

The film’s main protagonists are Liesel Landauer and her friend Hana. Two women linked by a lifelong relationship and an exceptional house built by an architect called Von Abt for Liesel and her husband Viktor.

“Everything that shapes the fates of Hana and Liesel is in some way linked to the villa and its glass room which, in the fictitious world of the film, is the work of a visionary architect called Von Abt,” says Rudolf Biermann, the film’s producer. “But the word room here means more than just part of a house.If our life plays out in a transparent glass space, we break away from established rules and customs,” the producer adds.

“The Glass Roomis about people who stepped out of line. The fact that this is visible makes great courage necessary,” Karel Roden, who played Von Abt, said during the shooting.

“The first time I read the screenplay, I loved how the house was almost the main character of the story”, says Carice van Houten. “Its glass room being a metaphor for transparency. Both in history as in emotion. In the villa there is nowhere to hide. Also I loved the fact that Hana is a very modern woman, and that really resonated with me.”

“Liesel is full of hope, but she is also a very strong and, for her time, modern women, when we consider that the story begins in the mid 1930s,” says actress Hanna Alström.

“Hana and Liesel never stop believing in love, a love that gives them strength at key moments and ultimately gives meaning to their lives,” adds producer Rudolf Biermann.

Simon Mawer’s novel The Glass Room became an international bestseller. It has been translated into dozens of languages and was nominated for the prestigious Man Booker Prize.

The cast features Carice van Houten, a multi-award winner in her native Holland and celebrated internationally for her roles in Game of Thrones, Valkyrie, Paul Verhoeven’s Black Book, Black Butterflies and Dutch language features Love Life and The Happy Housewife. Her upcoming projects include the eighth and final series of Game of Thrones and independent feature Instinct. She is currently filming Temple, a darkly comic thriller series for Sky Atlantic in which she stars alongside Mark Strong.

Hanna Alström is known to Czech audiences from the two sequels to the successful action comedy Kingsman.

Another female role was taken by Slovak-born Alexandra Borbélyová, who received the 2017 European Film Award for Best Actress for her role in Body and Soul, which took the Golden Bear at the Berlinale.

Claes Bang received the 2017 European Film Award for Best Actor for his role in The Square, which won the Palme D’Or at the Cannes film festival. His latest role is in a film adaptation of David Lagercrantz’s international bestseller Girl in a Spider’s Web, in which he played one of the adversaries of the heroine referred to in the film’s name.

Danish actor Roland Møller played the lead in Land of Mine, a Danish film nominated for an Oscar for best foreign film in 2017.Møller is also known from the thriller Atomic Blonde and has now completed Lyrebird, where he has one of the lead roles alongside Guy Pearce.
The film is edited the renowned Polish editor Jaroslaw Kaminski, who edited the Oscar-winning movie Ida and the last film by Paweł Pawlikowski Cold War, which competed for the Palme d’Or at Cannes.Kaminski graduated from the Film and TV School of the Academy of Performing Arts in Prague. He has won Polish Orel film awards several times and a Los Angeles Movie Award for his work on Bikini Blue.

The Glass Room is a production by Rudolf Biermann’s IN Film, which has produced Czech box-office hits such as Holiday Makers, I Served the King of England, Novel for Men and the drama Masaryk, winner of 12 Czech Lion awards.Co-producers are Czech Television, Igor Rattaj’s Investito and Slovak TV channel JOJ.The film is made with financial support from the City of Brno and JET Investment.Production of the film was supported by the Czech Republic’s film incentives scheme under the Czech Film Fund.The film also received support under the MEDIA subprogramme of Creative Europe.The film is partnered by Hotel Emblem and its official transport firm is Czech Airlines. 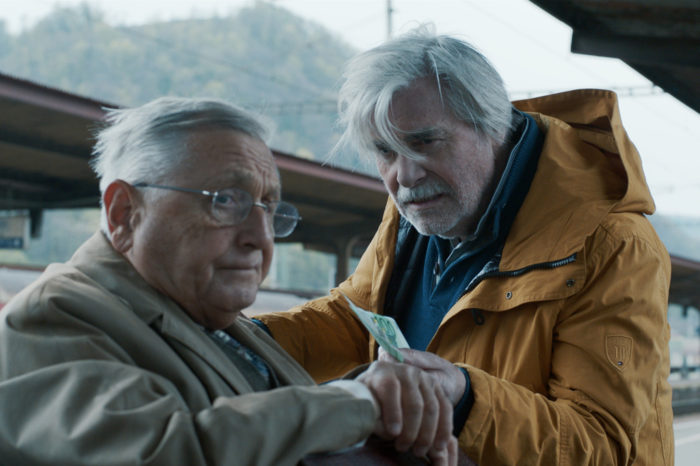 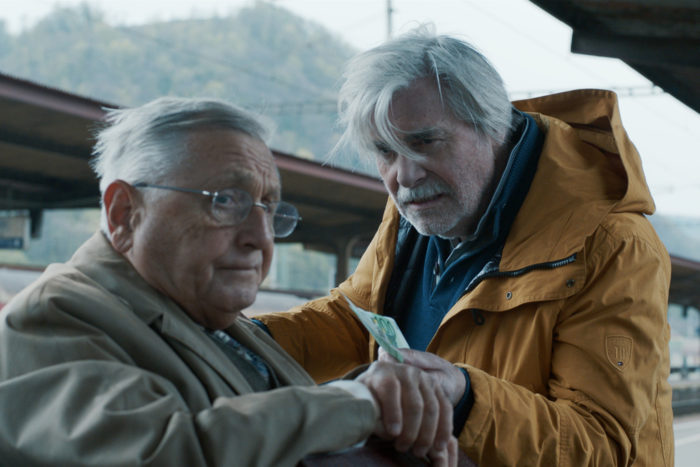 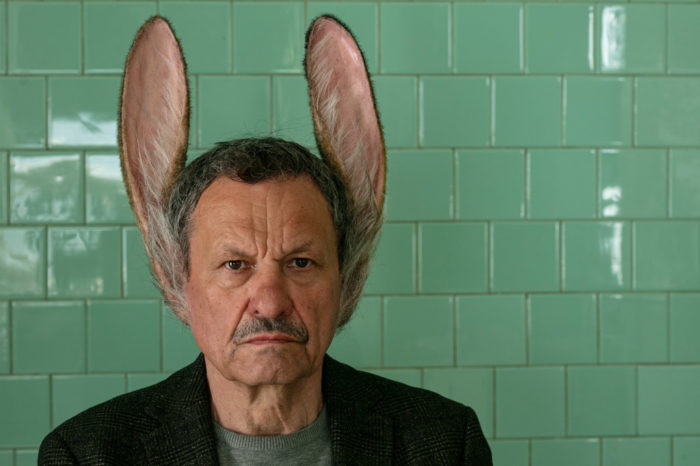 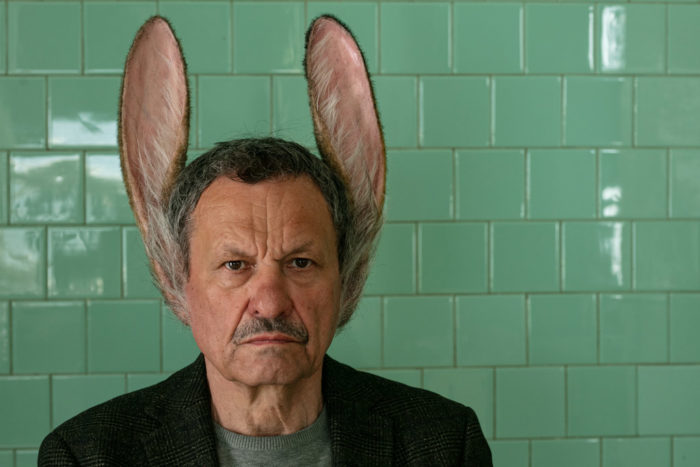